Between the poor and the powerful

Between the poor and the powerful

Who is Paromita Goswami? In Gadchiroli and Chandrapur, the air turns electric when some Jharkari children recognise her jeep

Dusk settles swiftly over the Chandrapur fort, as parrots and crows fly in to roost. The perennial coal-dust haze smothers the sickly evening in an unreal shade of sepia. The setting has a Prufrock touch about it.

The fort, built by Gond rulers of Central India, is about seven centuries old. We drive around and leave via the Anchulwar gate. We are making an unannounced visit to Sonjhari ward to meet the Jharkari tribals and I am with Paromita Goswami, lawyer and tribal rights worker.

The vehicle stops in a small clearing at the end of a twisting alley. Children stop playing. Somebody recognises Paromita, and there is an electric transformation. Shouts of Zindabad Jai Seva rent the air. Paromita responds with Jai Seva. She explains that it’s the common greeting in these parts.

With us is Ghanshyam Meshram, the secretary of Shramik Elgar, the organisation set up by Paromita to work with the poorest of the poor in Chandrapur and Gadchiroli.

There are 116 Jharkari families in Sonjhari ward, still engaged in traditional work of collecting tiny pieces of gold, silver and copper from the earth, forest floor and river beds to melt and sell for meagre sums. In a good month they earn about ₹1,000. It’s apparent they live on the very fringes of society. 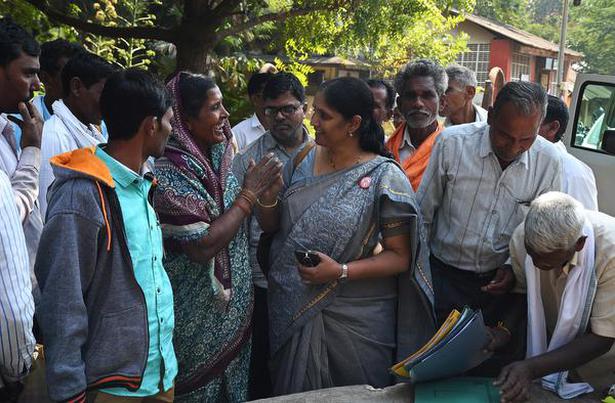 An excited discussion is going on, which Paromita translates for me. The Jharkaris have been struggling for decades to get tribal status certificates, which is the only way to get scholarships, employment and other welfare benefits, even land allotments and forest rights. The Jharkaris are telling Paromita that revenue officials are deliberately withholding the certificates by asking capricious questions: ‘They ask: Was your grandfather a tribal? What about your father? Where were you in 1950? Why aren’t you wearing your sari in the Sonjhari way?’

The Jharkaris approached Shramik Elgar to intervene and meet the District Collector. The pace of certification has now picked up; the cases of six families were cleared on the day of our visit. For Paromita, this is a great result. Others will follow, she says. 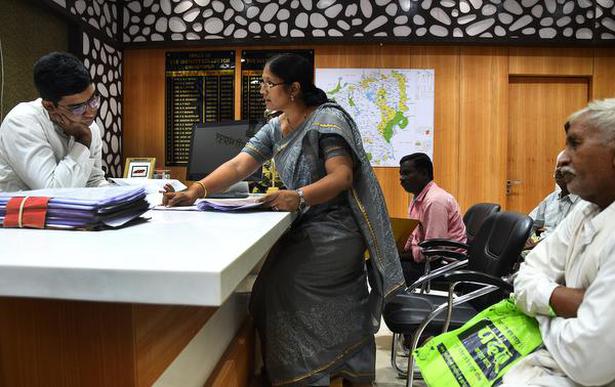 It gets darker, we rise to leave. But Diwaker Kulmethe, a Gond, stands up. Gonds make bamboo baskets, mats and artifacts, and are allotted forest bamboo at control prices. Kulmethe says the Forest Department is not issuing the permits to his tribe. Paromita says Elgar will take up the matter.

At dinner that night I find out more about Paromita, her husband Kalyan, and the life they’ve chosen. Paromita is from Kolkata, her father was in the army and she graduated in Literature from St. Xavier’s College, after which she came to Tata Institute of Social Sciences, Mumbai, and later became a Fellow at Yale. She has a law degree as well, but hasn’t finished her doctorate because the Elgar took up all her time. Kalyan studied history in JNU, with a Ph.D. in trade unionism. He too was a Fellow in Yale where they met. He later studied law at Chandrapur and deals not only with Elgar’s legal cases, but also has a private practice.

After TISS, Paromita joined UNICEF as a Project Coordinator in Chandrapur. In 1993, when the National Human Rights Commission was formed, its Director-General Shankar Sen, a police officer, appointed Paromita as a Jail Visitor. She had an entry pass to Chandrapur Jail and met prisoners to check on them.

Then, on August 25, 1999, in Chitki village of Sindewahi Block, the police arrested a Jharkari tribesman. The villagers approached Paromita, who went to meet the prisoner. She found that no FIR had been registered and the police said he was in preventive detention. She spoke to the Collector and had him released. That was the night Shramik Elgar was born.

She was joined by Vijay Siddhawar, a school teacher, and by Kalyan. “Together, we handled whatever problems people brought: pension claims, land disputes, anything…”

It’s bright morning in Chandrapur. Beyond the sentinel-like cooling towers of the thermal power station, the sun’s orb rises. A breeze stirs the tamarind leaves. When I reach Paromita and Kalyan’s house, it’s a hub of activity. People walk in and out. Some are Elgar members, others villagers in need of help, others merely hang around. They are from all over Chandrapur and Gadchiroli, most of them clutching papers in old polythene bags or paper envelopes. Paromita multi-tasks — listening, calling, messaging. Kalyan sits a little apart, reading court briefs and signing Elgar cheques. It’s a frenetic morning, perhaps like others in this household.

Ruchika, their eight-year-old daughter, shows her mother a giraffe she has drawn, before running off to catch the honking school bus. For a fleeting moment, Paromita has a wistful look in her eyes. I ask her if it’s difficult to be an activist mother. Not really, she says, except that “we had to shift from Mul to Chandrapur for her schooling.”

As the house gets quieter, we have tea and spicy poha and discuss Elgar. One thing is clear, they say. Shramik Elgar will not go beyond Chandrapur and Gadchiroli. They simply don’t have the resources for it. Says Kalyan, “Trained and motivated people, willing to serve, to risk all, are hard to find.” In this area, they are known and they know everyone.

But they now see merit in political representation. “Unless we are elected to various platforms, we won’t be able to influence decisions,” says Kalyan. Paromita agrees. She will fight the Maharashtra Assembly elections in 2019. Both Paromita and Kalyan have been assaulted and jailed more than once, but those days are gone.

Today, Elgar has a broader appeal. The poor swear by them. They interact with police, revenue and forest administrations better. They have legitimacy, and good lawyers who mostly work pro bono on their cases. Politicians patronise them during elections; Gram Panchayats have 50 Elgar representatives in five blocks.

As Kalyan readies to leave for court, I ask what Elgar’s goals are. He says they are short-term, “everyday” issues — getting ration cards, gas cylinders, forest and land rights. “The system isn’t going to change soon,” says Kalyan. It’s pointless to talk of the long term, the best they can hope for is to sensitise policy-makers.

It’s past 10 now, and the morning has begun to blaze. Chandrapur is one of the hottest places in India, its coal mines and dust creating a greenhouse effect. Cement factories and thermal power plants spew smoke and heat into the air. Paromita and I hop on to her jeep to visit Elgar Prathistan’s Chitegaon campus in Mul Taluk. Elgar Prathistan, founded in 2000 as a public trust to receive donations and do social work, underwrites Shramik Elgar.

It’s a 50-km drive through the Tadoba forest and tiger sanctuary area. The forest is dark and thick with teak and bamboo. I ask Paromita about Elgar’s relations with the bureaucracy. She says it’s mostly satisfactory, but the work is complex and tedious, she says. Land records are not available, surveys can be inaccurate.

And what does she think of the Maoist movement? She is against violence, she says. “It doesn’t lead anywhere.” Elgar works with the government, seeking systemic solutions. “We resort to agitations only to highlight the problem and catch attention,” she explains. 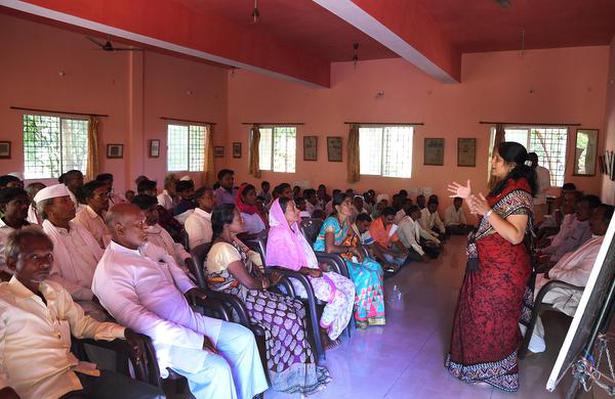 The campus is beautiful, its three acres green and bird-filled. There are offices, meeting room, training hall, living quarters, a kitchen and dining area. Paromita and Kalyan have a house here, and she opens it up to show me the airy interiors. On the living room wall hangs a print of Van Gogh’s ‘Starry Night’.

A group of Elgar officials are waiting to discuss the Assembly elections next year. They sound confident, but Paromita is sceptical. Powerful people will stand in the way, she warns, money will be needed. Maybe crowd funding? The years of grassroots activism have not dampened her energy or drive. As we walk back to the jeep, she says this is the only thing she wants to do. “We may not always succeed but we do try.”

It is now well into the afternoon. Paromita has to be in Gadchiroli. A frail, dark man has been tagging along since morning. He is Dilip Das from Ramkrishapur village, a refugee who came here in 1967. His land allotment has been pending for decades, and Paromita will take him to the Collector to try and resolve the matter.

I hop off and wish her luck. Soon her jeep is a faraway dot on the long road flanked by dark forest.

The writer spends time pretending to read and write. His other interests are photography and Western classical music.